Documenting the world around us to better understand that of within 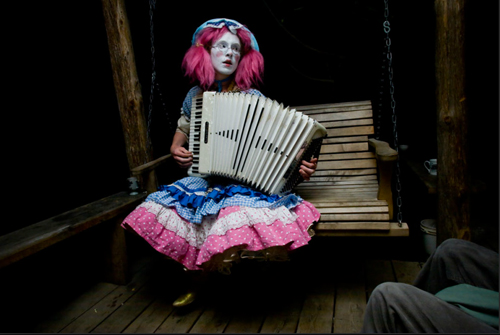 The word "jouir" doesn't solely mean to orgasm, in French, it is also used in everyday conversation to express pleasure and fulfillment. As used in the expression, "jouir de la vie" (enjoy life) words in all languages change meanings over generations. Despite this they remain attached to their semantic roots and associations. Photography however remains free to all interpretation, offering a myriad of answers and hopefully posing further questions...

This workshop entitled "Documenting the world around us to better understand that of within" encourages students to reflect on the various definitions of happiness (blessedness, contentment, enchantment..) How is it experienced personally? or as a community? or defined by culture?

Students are encouraged to reflect on the individual pursuit of happiness as well as its broader utopic meaning. What is a "safe-space"? What are its manifestations? Might it be single experience or communal one? How can we possibly demonstrate this visually/photographically or by the use of mixed media.

We will pose the question whether photography can answer these questions about the world surrounding us or begin to question ourselves.

Through lectures and discussions Badawi will share some of his past anthropological visual studies of subcultures, communities or social "safe-spaces", to illustrate a broader definition of the workshop's theme.

This workshop is not limited only to documentary photography but also to use the visual language of photography as a means of self-discovery. Personal projects are welcome.

Kim Badawi, born in Paris in 1980, is American visual anthropologist of Egyptian and Slovenian background - who began his career photographing the plight of refugee families from Mississippi to Texas in the aftermath of Hurricane Katrina, in New Orleans.

Selected for publication, by the Center for Documentary Studies at Duke University, Kim’s work appears in 25 Under 25: Up-and-Coming American Photographers exhibit and book.

Badawi's The Taqwacores- a history of the American Muslim punk -was released by powerHouse Books, in Spring 2009 and since then has inspired a movie of the same name.

His work in photography led him to all parts of Europe, North America, the Caribbean, the Middle East and now in Brazil.