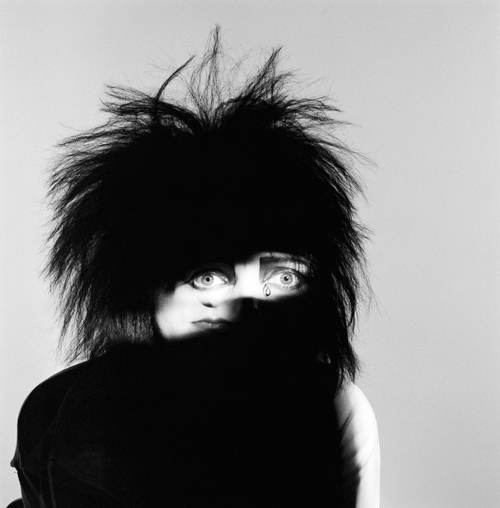 From 1972 I have been a professional photographer and throughout that time I have been asked to do many portraits. These portraits range from politicians and actors to musicians and workers. I have always tried to be as creative as possible and to produce new ways of approaching the portrait that hopefully develops this area of the medium of photography. These portraits can be of one person or a group, in fact I have tried to approach the group photograph in a different way taking inspiration from painting. Portraiture is one of the most difficult areas of photograph due to its close contact with the sitter, so therefore requires an entirely different approach, demanding the photographer to develop his personality in different ways. My workshop will be about this and how to produce the best portrait from whatever environment the photographer finds himself in. Together with how to approach, manage and photograph groups of people and produce a photograph that is different and not following any cliche.

Brian Griffin born in Birmingham on the 13th April 1948 but lived in the Black Country until going to Manchester Polytechnic (1969-72) to study photography. Since 1972 has lived in London as a freelance photographer getting his first commission for Management Today in November 1972. First exhibited in the “Young British Photographers” in 1975. Received “Freedom of the city of Arles, France” in 1987. Published the book Work in 1988 with a one-man show at the National Portrait Gallery. Work went on to be awarded the Best Photography book in the World at the Barcelona Primavera Fotografica 1991. In 1989 the Guardian newspaper proclaimed him to be “The Photographer Of The Decade”. Also Life magazine used the photograph “A Broken Frame” on its front cover of a special supplement “The Greatest Photographs Of The 80s”.

From 1991 until 2002 worked as a film director making TV Commercials, Music Videos and Short Films.

In 2003 worked on Birmingham’s bid to become the European Capital City Of Culture followed by a retrospective at the Art Museum Reykjavik Iceland in 2005. He then produced a book and exhibition for the Royal opening of St. Pancras Station and High Speed 1 in 2007. In 2009 He became the patron of the Derby Festival of Photography and continues to be the Festivals patron. For the London Olympics in 2009 he launched the photography project “Road To 2012” at the National Portrait Gallery alongside Lord Coe and Dame Kelly Holmes.

In 2010 he had a major retrospective of my portraiture “Face to Face” in Birmingham. September 2013 he received the “Centenary Medal” from the Royal Photographic Society in recognition of a lifetime achievement in photography. Recently he has been commissioned and exhibited at “Marseille Provence 2013 European Capital of Culture”, also for “Reference Works” the photography project to celebrate with a book and exhibition the building and opening of the New Birmingham Library. This was followed by a retrospective of his corporate photography in Bologna Italy during October 2013.

On March 3rd 2014, he received a Honorary Doctorate by Birmingham City University for his lifetime contribution to the City of Birmingham.